Who’s Ready for an All Night General Election 2015 Binge?

The most important day in the UK political calendar is nearly upon us, so why not have an all night General Election 2015 binge with us?

Whether it’s laughing at the ridiculousness of it all or getting wrecked at G-A-Y’s 36 hour binge, don’t miss out on some 7th May-hem!

If you know of any more exciting election binge events, please let us know in the comments below or tweet us @todolistldn.

There’s lots going on at Theatre Deli on Thursday night but we rather like the look of this:

Come join us for a fun night of anti-debate, including comedy, surrealist interactive performance, and a lot of drinking. Of course, we’ll also be live streaming election night, to fuel the frolics… 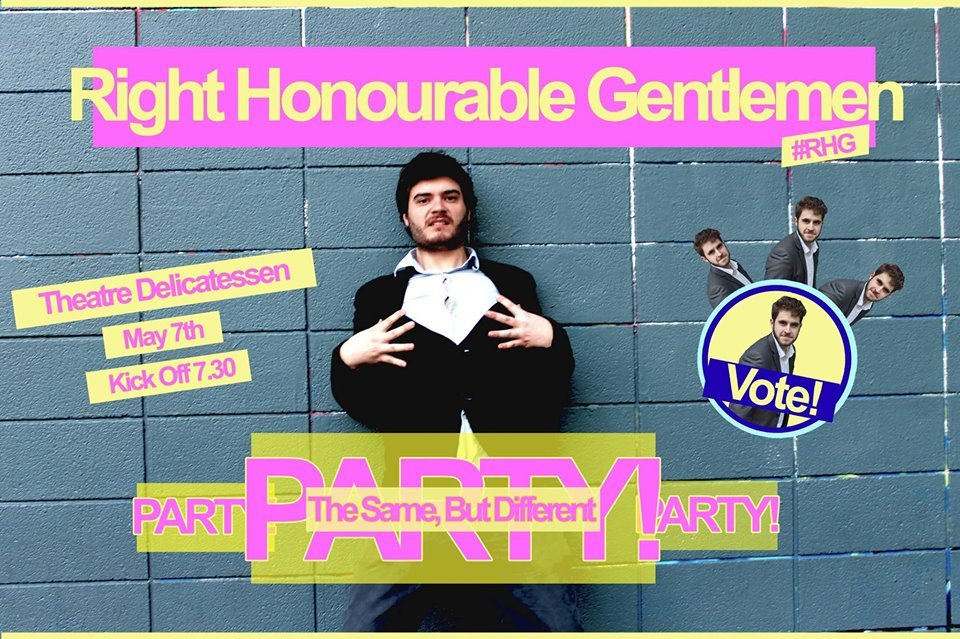 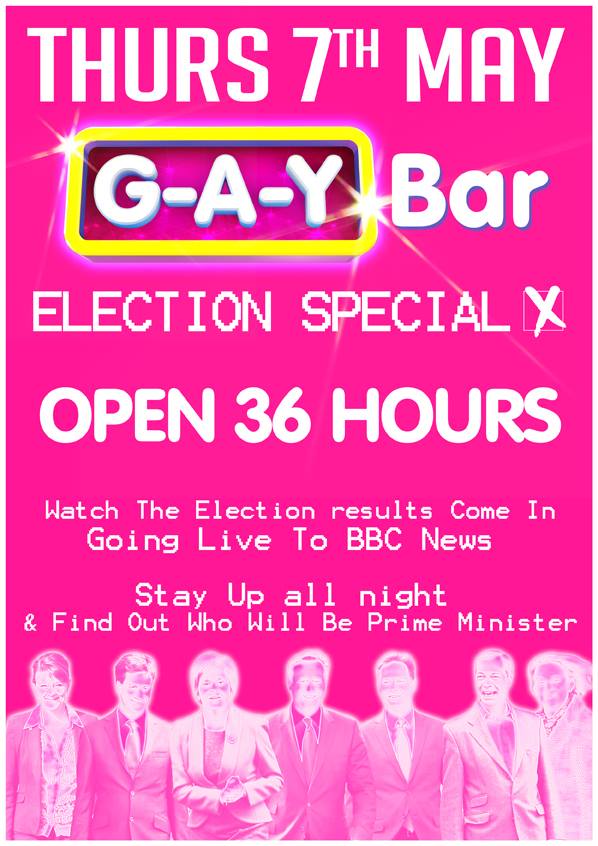 We’re putting the coverage on the big screen, putting online coverage on the smaller (but still large) screens and plying you with pork pies, sausage rolls, pickles, beer, coffee and more coffee.

Finishing up from 6am we’ll be serving breakfast and packing you off loaded with enough coffee to make your handwriting look like the needle of a polygraph as a politician’s asked a yes/no question.

To book a table mail info@thelexington.co.uk (Let us know what you want for Breakfast!)

*That’s not quite how it happened, but it’s not far off…