Geekatorium is right up our wacky alley: a live comedy night that celebrates the best in pop culture, geekdom and whatever people are passionate about.

Mixing stand up with sketch, music and improvised comedy, as well as video links, animation and social media interactivity, you’re guaranteed a geekgasm at their amazing shows!

We caught up with creator, producer and host Paul Gannon, to chew the cud whilst subtly interrogating his comedic megabrain – check out our interview (right, or below for smartphone addicts).

The next Geekatorium show is on April 28th at Leicester Square Theatre – BOOK YOUR TICKETS HERE! 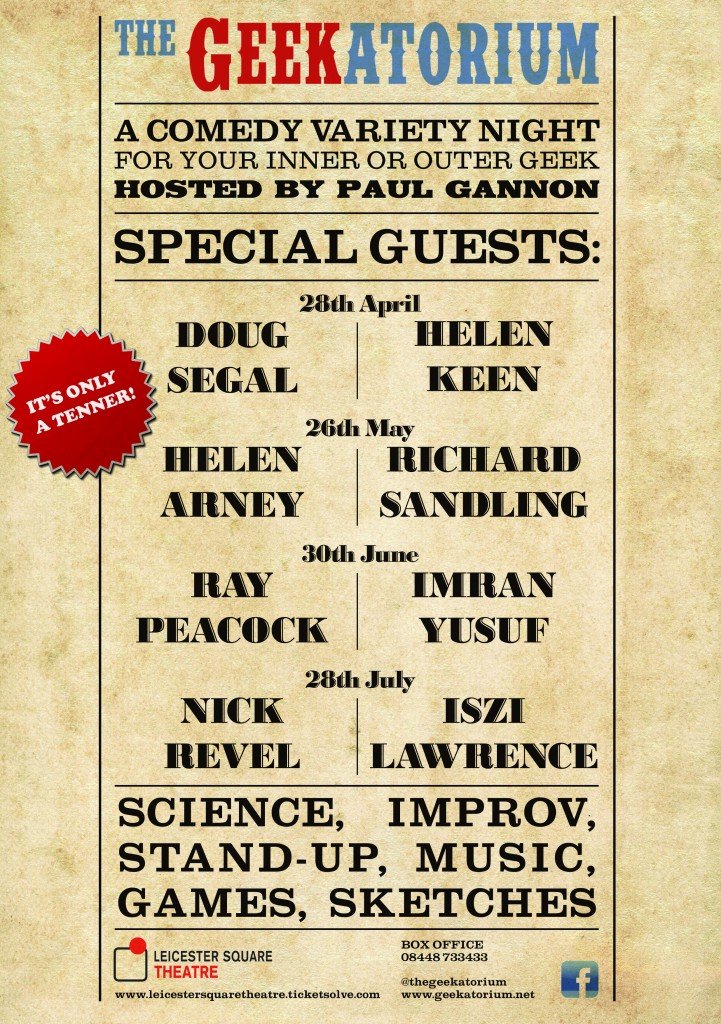 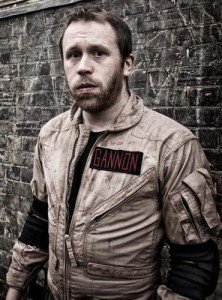 I love secret places – usually anywhere I can find in London that hides me from the world for a little bit. In terms of relaxation, I love to find a small hidden nook or cranny on Hampstead Heath (hopefully that doesn’t sound as dodgy to you, as it does to me) and read a book and chug back my 8th coffee of the day. I am kinda obsessed with coffee, not to the point of being an expert, but anywhere that sells great coffee will usually find me inside it, such as The Bridge Coffee Shop in Shoreditch, which I treat myself too every once in a while.

I have two comedy chums who run nights that, I think, are some of the best nights in London. First off is Richard Sandling’s Perfect Movie, which is a comedy show based around booking comedians who talk about, play around with and re-create their favourite movies. Sandling is the perfect host and the acts and audience all tend to have a great time. The other is called Mark Allen’s Humble Quest for Universal Genius. It’s a live comedy quiz show that has been described as a cross between Q.I. and Shooting Stars and I don’t think anyone could describe it better! Top comic acts trying to be the best at every topic under the sun. They are both better than the soul-crushingly mammoth amounts of soul-sapping stand up nights that plague London like a zombie apocalypse. Finally, outside of comedy, I need to get my sorry bum around to Nintendisco – a music night for video game geeks like me. I couldn’t think of anything finer.

I like to walk. Simple as that. I live in North London and find that there are tons of interesting places in which to get lost. From Highgate Cemetery, to the old railway walk from Muswell Hill that, when you get to end of the trail, has one of the best views of the whole of London I can think of. I love me a bit of natural eye candy. (God, I am beginning to sound like an old man!)

I was Kitten Kong and destroyed the B.T. Tower.

Also, despite not really believing in the supernatural, I spend an unusual amount of time ghost hunting in places all over London. If anyone has heard weird moans and wails at the Ragged School in Stratford, then it was probably me. 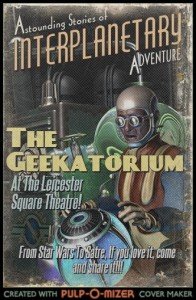 I have a comedy night at The Leicester Square Theatre called The Geekatorium (www.geekatorium.net) which is a comedy variety pop culture based show where we invite amazing comedians to come along and talk about their favourite geeky passion – whether its Star Wars or Sartre. We’ve had awesome acts come along and regale us with their secret loves, from Richard Herring, Mark Dolan, Thom Tuck and Helen Keen to Bec Hill, Reg D Hunter and a large slice of some of Britain’s best comedy talent. We also have sketches, games, science, live music, videos, internet adventures and we try to recreate things from our youth on the night too… Last month, we attempted to do Knightmare live and this month, we are going to bring back Gamesmaster from the grave too. Our next show is April 28th and you can find out more about forthcoming shows by clicking here.

It’s JUST a tenner! bargain! The show is for everyone, whether its your inner or outer geek…