To Do List took one for the team, and headed up to the opening weekend of the Edinburgh Fringe 2012 to find out what’s hot!

We ran around Edinburgh like headless chickens, catching as many shows as possible so that we could report back on the best of the bunch.

Here is the fruit of our labours – seven shows that we think you’ll really love. And remember, there’s much more to see on the fringe, so if these seven aren’t enough for you, check out our one-page Fringe To Do List guide with all the shows that jumped out of the fringe programme at us… 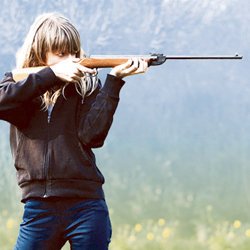 All That is Wrong @ Traverse Theatre | 8-12 August | Various Times

We Say: Thought provoking stuff from Ontroerend Goed, with this third part in their trilogy about growing up (following Once And For All… and Teenage Riot). All That Is Wrong speaks to the young adult inside, and brilliantly portrays the thought-processes of someone coming to terms with the world. If you’ve ever found yourself lying in bed, unable to sleep, your mind racing through all the connected and unconnected things in your life, you’ll recognise it all. Oh, and some of the technical aspects of this performance are pretty amazing.

Koba Ryckewaert is now 18 and knows things are wrong in the world. She just needs to get a grip on them. She’s better at writing than talking, so she draws. What can she do to resolve things? Neither everything, nor nothing. And she will face it all alone. She will make choices, only to stick to them. 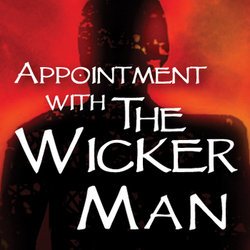 We Say: A tongue-in-cheek, modern take on the cult classic – don’t expect a straight retelling of the story (what would be the point?), instead be prepared for a very Scottish, ever so camp, delightfully disrespectful rehashing of the story you know so well. Funny songs, daft and dippy characters – and occasional incidents of horror.

On a remote Scottish island, amateur theatre company @LochParryPlayer are rehearsing their stage version of cult film The Wicker Man. Their unique approach to this classic horror owes more to Glee than Christopher Lee, but as they say themselves – we’re all about the fun! 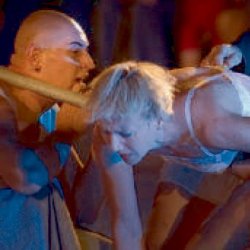 We Say: Epic stuff this. To Do List hasn’t read the Jose Saramago-penned source material, so it was a bit of a case of jumping in at the deep end… We’re not sure if we understood it all, but this is a truly spectacular production – so much energy, incredible choreography, beautiful imagery and intense storytelling. A real experience piece, which leaves you with plenty to think about. 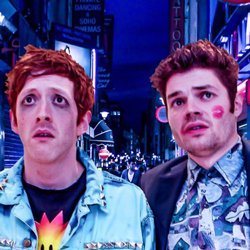 We Say: A perfect way to round off a day at the Fringe, Guilt & Shame is a laugh-out-loud funny reminder of all your drunken nights out rolled into one. Sex-obsessed duo Rob (virgin) and Gabe (slut) have a night to forget, but this is a show to remember – especially for the lucky audience members who get to join in..

Join eternal virgin Rob and tragic slut Gabe as they go on their quest to find The One (or whoever’s desperate enough). With a night that’s filled with painful sexual encounters, paranoid drug dealers, grieving transsexual, talking penises and a banging soundtrack this is one late-night party you don’t want to miss. 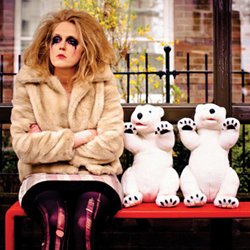 We Say: Our favourite act of the 2012 fringe – Loretta, who describes her looks as “like the love child of Tim Minchin and Alice Cooper”, is a hot mess! Between miniature bottles of wine, she shares her wisdom on such subjects as getting revenge on a cheating ex (“Isn’t Love A Funny Thing”), and what happens to certain women when they drink too much white wine (“White Wine Witch”). The best musical comedy we’ve seen…ever.

Fresh from trawling the comedy clubs of Britain, Loretta has new songs to sing, new tales to tell and new pain to unleash. With numbers like These Ain’t My Tits and the infamous Chicken Shop, how can you even be questioning your ticket purchase? Don’t you like laughing at other people’s misery? 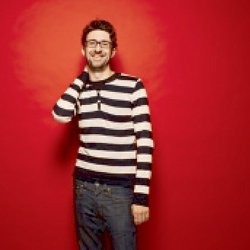 We Say: You didn’t think we would go all the way to the fringe and not see any regular, old-school stand-up did you? Mark Watson is so funny, and has such a magnetic on-stage personality, that his latest Edinburgh show is the perfect antidote to some of the more artsy-fartsy wanky stuff (that we love, but still…). One of the TV comedians that we think actually deserves the success, this show was brilliant – the material is great, but even better is the way Mark deals with technical problems, and audience members who need to go out to the toilet. Be warned (especially if you look bald).

The world has never had such free access to information. Is the internet making us better or worse, smarter or more dependent? Mark Watson considered these questions, then stopped considering them long enough to come up with a barrage of jokes, stories and observations. 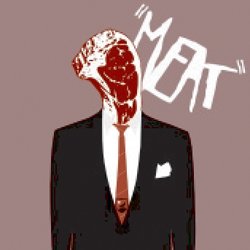 We Say: The last show we saw on our flying tour of the fringe, and one of the best. Quirky and offbeat doesn’t cover it – dark and intensely homoerotic is how we like it! A group of great young actors make the most of a quirky performance space, and keep you enthralled throughout. You’ll never have witnessed a more intense (and intensely funny) supper meeting. We can’t recommend this enough.

The Catherine’s Club is a male-only club at the heart of one of the oldest universities in Britain. But when its president is implicated in a major scandal, an ambitious fellow seizes his chance to take control. Six men make or break their university careers over a very unusual meal, where table manners and polite conversation are off the menu.