10 Highlights of Festival of Neighbourhood at Southbank Centre

Above image by Belinda Lawley

This spring/summer, Southbank Centre asks the question ‘What makes the perfect neighbourhood?’ with a festival exploding with quirky events, greenery and neighbourly activity.

The festival started on 4 May and promises a wide-ranging programme of themed weekends, performances, talks, outdoor art installations and urban greenery across Southbank Centre’s 21-acre site. The site is to be transformed into a neighbourhood with allotments and fruit trees, a local pub, large-scale murals, flags created by Bob and Roberta Smith and a complete Beanotown opens on 1 June 2013.

From 4 May – 8 September 2013 the festival is going to bring community to the Southbank with:

Beanotown Celebrating the 75th birthday of The Beano, Festival Village in the undercroft of the Queen Elizabeth Hall will be transformed into Beanotown – an imaginary neighbourhood. The fictional home town of Dennis the Menace will feature a museum showcasing, for the very first time, The Beano’s archive and previously untold stories dating back to wartime Britain.

There will be opportunities to get creative with comic drawing sessions expertly led by The Beano’s illustrators and to visit the ‘Prank You Very Much’ stage where you can learn the history of The Beano pranks before unleashing them on your unsuspecting mates or parents.

The Beano Social Club will host fun and games including ‘Table Dennis’, our very own version of Table Tennis, and themed food including ‘The Beano Breville Bar’ where you can make your own toasted sandwiches. 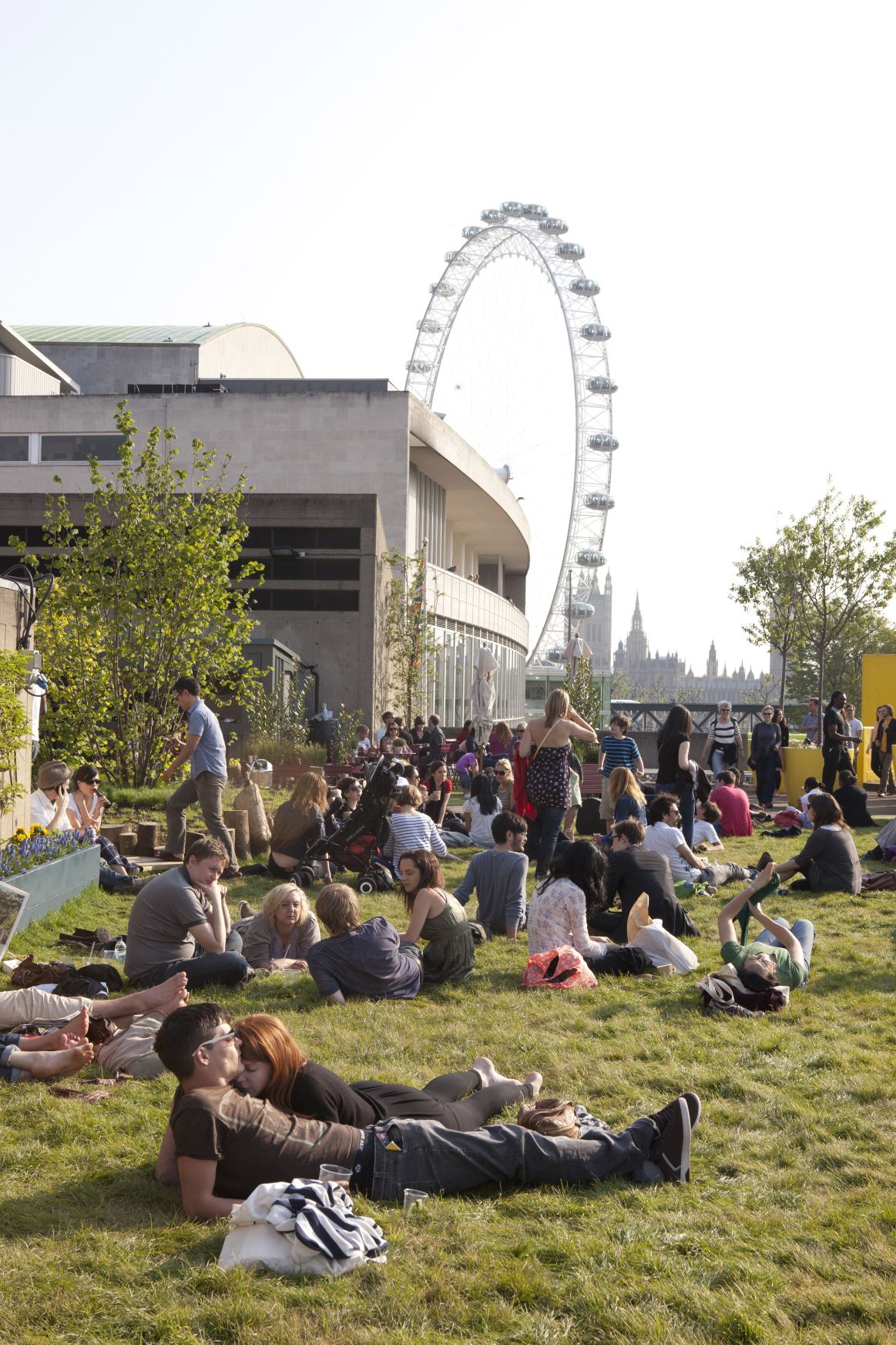 Outdoor Madness New outdoor art installations include Grow Your Own Ideas, a series of flags adorning the roof of the Royal Festival Hall by artist Bob and Roberta Smith, with questions that will encourage people to think about the meaning of neighbourhood; large-scale murals on the facade of the Queen Elizabeth Hall, the artists who created Susan the Fox in 2011; the return of Jeppe Heine’s Appearing Rooms fountain; poetry installations across the site; and a Bell Tower created by architecture collective The Decorators.

Blooming Marvellous Roof Gardens More areas of the site will be blooming with flowers and greenery including roof plants, a shade garden, a trail of 60 wheelbarrows planted as mini gardens.

The Festival Terrace connecting Waterloo with the river will even be lined with more than 20 mature fruit trees in a collaboration with the National Trust; there will a trail of 60 wheelbarrows planted as mini gardens; and on the Riverside Terrace there will be a herb garden, with its produce being used in the food served by the Royal Festival’s Hall’s cafe run by Company of Cooks. 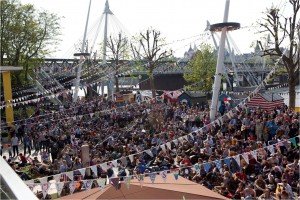 Localising Communities local to Southbank Centre will be celebrated as part of Festival of Neighbourhood, with an exhibition dedicated to Lambeth, created in collaboration with The Building Exploratory, in the Spirit Level of Royal Festival Hall (25 May – 8 September) and special weekends celebrating Lambeth & Brixton (13 – 14 July) and Deptford (27 – 28 July), as well as Vauxhall in collaboration with Vauxhall-based Duckie (10 – 11 August).

The Alternative Guide to the Universe at the Hayward Gallery (11 June – 1 September) presents maverick creations by outsider artists. This major summer show brings together contributions from self-taught artists and architects, fringe physicists, street artists, dreamers and visionary engineers. Eccentric and inspiring, their work ingeniously departs from accepted ways of thinking in order to re-imagine the rules of culture and science.

Roll up, roll up it’s show time! Udderbelly Festival (until 14 July) – the purple cow is back for its fifth summer with a programme of comedy, circus and family shows, and this year featuring The Neighbourhood Arms on its pasture. London Wonderground (6 May – 29 September) returns for a second summer of circus, cabaret and sideshows, including LIMBO (10 May – 23 September), a new show of scintillating circus and wondrous illusion from the creators of last year’s smash hit Cantina. Yoko Ono’s Meltdown (14 – 23 June) will be led by the artist’s dedication to music across all genres, environmentalism, feminism and peace, and feature iconic names from the world of music and arts, including Siouxsie, Peaches, Reggie Watts, Patti Smith and Iggy and the Stooges.

Themed weekends throughout the summer, from a celebration of street culture to a village fair Differently-themed weekends throughout the summer, including Inbetweeners (10 – 13 July), focusing on the sub-cultures and tribes who live on the outskirts of society curated by drag artist Dickie Beau and featuring Le Gateaux Chocolat; and Urban – A Festival of Street Culture (3 – 4 August), exploring the world of skateboarding, BMX, parkour, street dance, graffiti and basketball.

One Bowl Feast (7 – 8 September) – marking the grand finale of Southbank Centre’s Festival of Neighbourhood, Clare Patey will curate a weekend of sharing food, dancing and making merry. In 2011 Clare Patey curated ‘Feast on the Bridge’, which transformed Southwark Bridge into a giant banqueting space.