Femmes on the Thames – £5 at our fave venue Battersea Barge 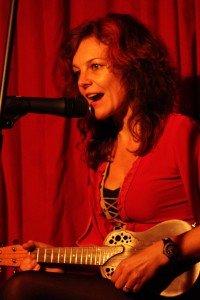 A great opportunity to see some top female comic talent on one of our ultimate secret venues in London, the Battersea Barge.

Femmes by the Thames is London’s premier female cabaret and comedy night hosted by stand-up comedian Rosie Wilby. Our aim is to showcase talented female comedians, cabaret acts and musicians.

Amazing line up of the best of the comedienne:

Award winning stand up as seen on Have I Got News For You, CBS 60 minutes, NBC’s Last Comic Standing

Fosters Newcomer Nominee presents her bizarre and deluded characters, from Andrew the 7-year-old stand up to Cockney Sam and his murderous songs of woe ‘Breathtaking’ ***** The Skinny; ‘Sharp, witty and fiercely intellligent’ **** Fest

South London’s quirkiest and most wondrous musical comedy poet ‘Truly the most indefinable act I’ve ever seen. I wouldn’t want to have missed it’ Three Weeks

Acoustic singer songwriter featured on the soundtrack to the new David Tennant film ‘Exquisite, memorable songs with the voice of an angel’ Get Rhythm magazine

← Cantina @ London Wonderground – Stick this in your To Do Pipe & Smoke It!
Skinny Lister – Free popup kneesup at our fave vintage shop Hunky Dory →