Not content with giving you our list of seven amazing fringe shows we think you should see, we’ve got more Edinburgh amazingness for you!

We had an action packed weekend scouring the picturesque streets of Scotland’s capital for the best that it could offer, but even we couldn’t cover all the bases – so here are some shows and places that you shouldn’t miss, either in our words, their words, or both… 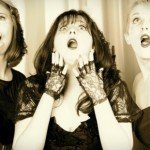 We Say: We caught The Harmonettes back in July 2011 (we told you about them here), and now they’ve only gone and got themselves their own Edinburgh show! We predicted big things, and they’re happening – they’re getting five-star reviews and even a big ol’ photo in The Guardian no less! (Saturday, page 13)

They Say: This sparkling 1950s musical comedy is jam-packed with all your favourite hits of the period. This feel-good show is about three girls … three very different girls. The Little Rich Girl, the Not-So-Rich Girl, and the Newly-Wed Girl. But they all have one thing in common. They love to sing. This fun comedy, full of fantastic live, close-harmony 1950’s songs, plunges you into the post-war, end-of-rationing world of winkle-picker shoes and bootlace ties, bobby socks and sticky-out skirts, beautiful ballads, and rock’n’roll. 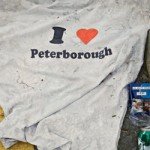 They Say: Fringe First winner Joel Horwood turns from crabs in Walberswick to trannies in Peterborough. A father and son, Peterborough born and bred. Both brought up in the swelling of a city, a bump in the spirit-level flatness of the Fens. During a darkly comic 70-minute car crash of a cabaret act, the family’s lives are laid bare. The sounds of the Pistols, Bowie and Kate Bush underscore a story of snogging at the lido, wedgies in the school bogs and biro tattoos. A desperate tale of life in an overspill town. 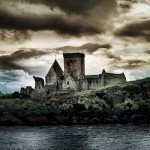 They Say: Meet us at Summerhall at 18.30 and start the journey by coach, or join us at Hawes Pier, South Queensferry for the boat to the stunning island of Inchcolm in the Firth of Forth where the stage is set for Shakespeare’s Macbeth.. As night falls, bloody deeds are done: join Macbeth on his destructive rise to power as the sky darkens on this breathtakingly beautiful island. 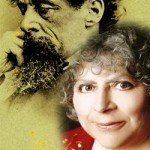 We Say: An amazing performance on the Graham Norton show reminded us how amazing Miriam is – we were so sad that this show hadn’t started when we were in Edinburgh, but if you get the chance, see it! Or catch it on tour, guaranteed to be great.

They Say: Celebrating the bicentenary of Charles Dickens’ birth, one of the world’s most compelling character actresses, Bafta award-winner Miriam Margolyes (Baz Lurman’s Romeo + Juliet, The Age of Innocence, Blackadder, Complicite’s Endgame, Harry Potter) reprises her Olivier award-nominated production. Portraying 23 or Dickens’ best-loved characters, from doe-eyed young heroines, brow-beating old harridans, to men and midgets, she sets out to discover the man himself, revealing everything from the raucous humour of his characterisations to the darker, more sinister aspects of his life and work. 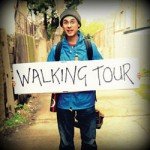 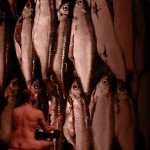 They Say: After the Festival triumph of Faust in 2009 director Silviu Purcărete returns with the Radu Stanca National Theatre of Sibiu, Romania and the UK premiere of his version of Gulliver’s Travels. Irish writer Jonathan Swift’s savage political satire is seen through the eyes of visionary theatre maker Purcărete with an original score by Irish composer Shaun Davey. Driven by Davey’s musical journey, Purcărete’s production gathers cultural and social aspects of contemporary society and explores themes of voyage, dream, exile, immigration, emigration, solitude and togetherness. 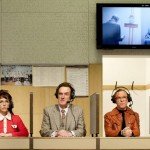 We Say: My Fair Lady in German? What’s not to love?

They Say: Returning from a conference on southern English accents, Hungarian linguist Professor Karpathy finds an enormous bouquet of flowers waiting for him. Aghast, he finds a note scribbled in blood-red ink with a very sinister message in the form of a threatening riddle. Who could have sent it? Is his secret cover blown? He only has until midnight to solve the mystery or face the consequences… Delightfully witty and (very) loosely based on My Fair Lady, Meine faire Dame is set in a language laboratory where its characters attempt to learn English from a very eccentric professor – with a secret to hide. 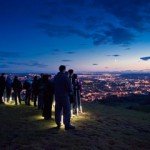 We Say: We kept seeing preview photos of this, and it looks amazing – if you think you know Arthur’s Seat, be prepared to see it in a whole new (speed of) light. See what we did there?

They Say: Through a mass choreographed act of walking and endurance running, NVA’s Speed of Light will illuminate the iconic mountain, which rises dramatically from the heart of the city. A mesmerising visual display unfolds on the ascent to the summit as hundreds of runners wearing specially commissioned light suits take to the intricate path networks below. 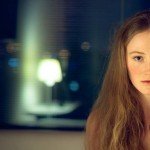 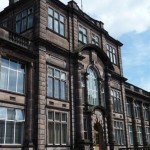 We Say: Ace venue a little bit out of the centre – a great programme of events throughout the festival period, including Amusements (“an insolent, tempestuous solo work”), and Cadillac (“a performance about the blind lust for wealth, love, power and other attributes associated with happiness”). Also, there are some great mini art exhibitions scattered around the building, including Phenotype Genotype which we snuck in to see (possibly when we shouldn’t have been there…) 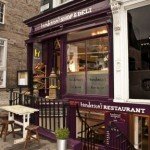 We Say: In search of a quiet, classy, but also quick lunch, we stumbled across this great vegetarian restaurant which is also an arts venue. We munched on some ace food and a great value sparkling rosé (to celebrate To Do List in Edinburgh), and even managed to nab the outside table (it was a rare sunny day). It’s counter service, so you won’t have to wait long for your food (lots of salads, quiche, epically big croquette potatoes), and the staff were all super friendly.

← Calling All Foodies – 2-4-1 Tickets for the Foodies Festival in Battersea Park!
London MexFest Starts This Friday at Rich Mix →