A heartbreaking ode to the many autumns of life – a poetic eulogy to love and loss that is as sensitive and contemplative as it is beautiful to behold.

Debut writer & director Andrew Steggall – interviewed below – arrives with an understated yet emotionally charged contemplation of those transition periods in life – where the green leaves turn russet and fall to the ground, to be replaced, eventually, hopefully, with something new.

Elliot is arriving, somewhat self-consciously – and not a little precociously – at a significant changing point in his life: verging on adulthood, discovering his sexuality, and going through a Byron-esque phase of contemplation and imagined histrionics. He and his mother, Beatrice, are not on holiday at their house in the South of France, but rather making one final visit to clear things out before the property is sold.

For her part, Beatrice is clearly a wife and mother on the edge – putting on a brave face, clinging on to those final moments before Elliot ceases to be her boy and becomes a man. Her husband, Philip, has decided that the house must be sold – Beatrice, packing away memories that never quite lived up to expectations, struggles to come to terms with saying goodbye to a piece of her life that was never her choice to begin with. 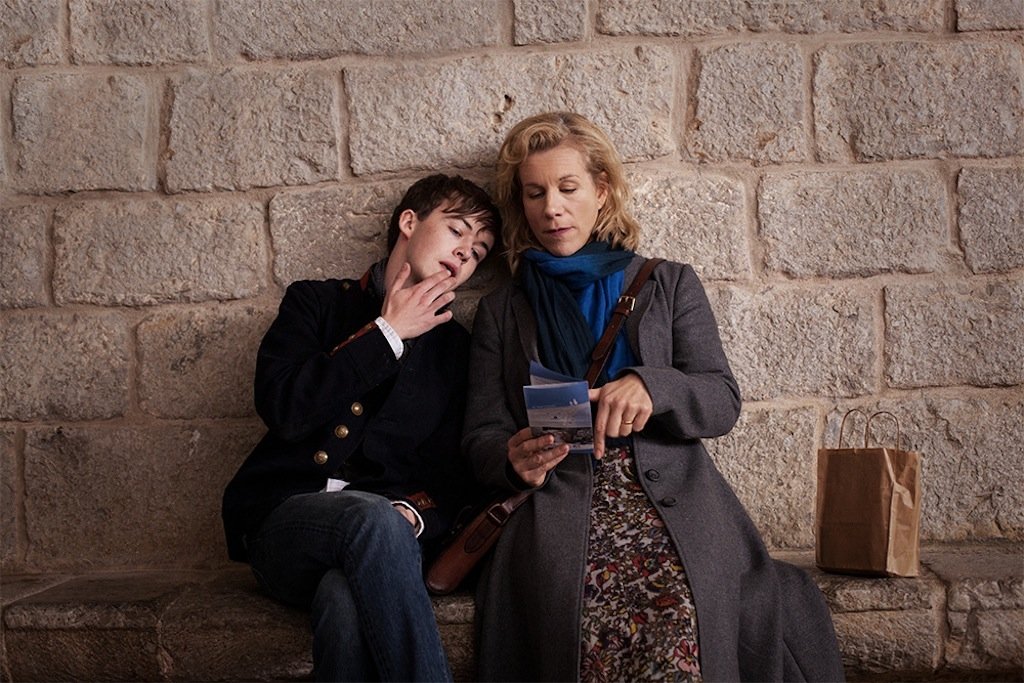 Into this fragile, almost mournful scenario arrives Clément (Phénix Brossard), the enigmatic local teenager who, inevitably yet convincingly, shows to Elliot a glimpse of future possibilities.

Steggall has assembled a fine cast: Alex Lawther – excellent as a young Alan Turing in The Imitation Game – takes centre stage as the ever-so-pretentious young romantic Elliot, whilst Juliet Stevenson perfectly catches the mood as the melancholic Beatrice. 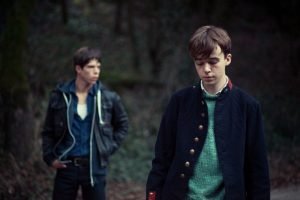 Director of Photography Brian Fawcett conjures up shots of breathtaking beauty, whilst the music – a score by Jools Scott, snatches of Mendelssohn-Bartholdy and Dvořák, and the beautiful ‘Catch the Wind’ by Oliver Daldry – is at once wistful and hopeful.

Emotionally charged, expertly paced and engagingly performed, Departure is a low-key gem: coming-of-age tale combined with mid-life contemplation in such a way that one is minded to think afresh about the cycles of life, and the many autumns we must hope will be followed by spring.

This review was previously published during the 2015 London Film Festival.

We caught up with Departure director Andrew Steggall to talk first-time filmmaking, the film festival experience, training as a filmmaker in London, and what’s on his To Do List!

Tell us about Departure – where did the inspiration come from?

A whole bunch of things were turning over in my head when I first conceived and the gradually developed the film. Images, words, memories and particularly the landscape around where the film was shot and where I first wrote the film. There is a bit of myth – ideas of transformation and desire in Ovid’s Metamorphoses and Dvorak’s Rusalka – along with a recollection of a  moment in my adolescence when I felt I came to a bit of an understanding about the nature of adulthood and how complicated it might be. 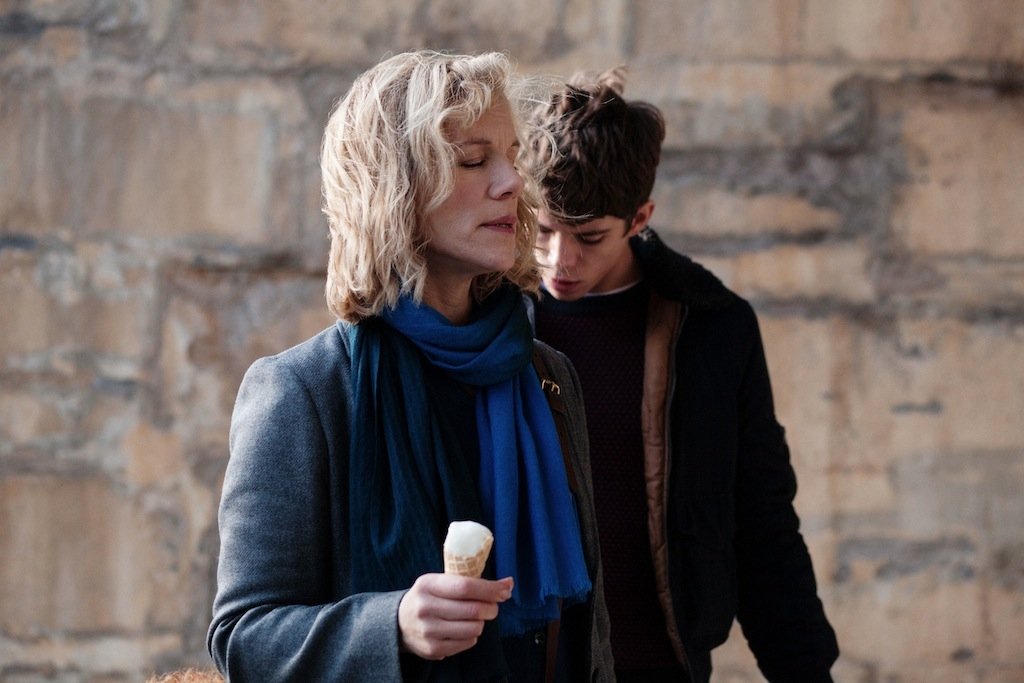 You assembled a fantastic cast – Alex Lawther in particular looks set to be one of “the next big things”. How did you work together in shaping the central character in the film?

It was wonderful to work with Alex who has such sensitivity and intelligence. We spent a year getting to know each other and sharing various references in music, literature and film. He decorated his room in the film and created the journal he writes in – filling it with his memories and some of mine and quotes from works we both love. It was very much a vessel for the preparation he did for the role, as well as a vital prop in the film. I think the resulting character is very much a mix of me and him and the Elliot I originally wrote. 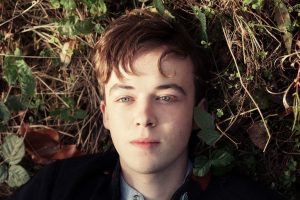 As a first-time director, when did it really sink in that you were making a feature-length film? Or is it yet to sink in?!

There were a few moments, all of them pleasurable and exciting, if occasionally daunting, when I thought “this is it”. Being on set the first day of course – but also spending time in the house we shot in with the painters when we were texturing the walls or placing objects that I spent so long sourcing for the film. And then sitting in the screening rooms at the BFI showing the first cut to the financiers.

Departure feels like it’s about the transition periods in life – literally departing from one phase, heading towards the next. Does this feel like one of those departure moments for you as a filmmaker?

For sure. But there are so many moments and the process is so long that it is hard to pinpoint one instance of departure. It is such a privilege to be able to make a film and to secure the trust of so many different people. That is both an encouragement and a responsibility and so you hope the final film makes them proud of their work. There was a moment in the autumn after we had screened the film in Dinard when I was at a filmy event around the London Film Festival – I forget what exactly happened but because of a few “hello’s” and nods from people I thought…oh I’ve made a film!

Writing and directing means you keep more creative control over your work – is that something you plan to continue doing in future?

I’d love to direct someone else’s screenplay or to work closely with another writer. I have some ideas I am scripting at the moment but it would be healthy and interesting to test myself through being a “gun for hire”.

Have you enjoyed the film festival experience with Departure? How important is it for films like Departure to build a following through film festivals like the London Film Festival?

It’s essential. Departure may not have secured a release at all – although our brilliant distributors, Peccadillo Pictures, had always aimed for it to get a theatrical release – and if it hadn’t then the festivals would have been the only opportunity for people to see it on a big screen. The festival audience is a particular one- highly engaged and passionate, but maybe harder to surprise.

You trained at Central School of Speech and Drama – how did that prepare you for making your first feature-length film?

I hope that my training and then work as an actor has given me an “actor’s bent” when it comes to working on the set. In the writing I think it enables me to give space to the actor to convey emotion and character with fewer words. But not having trained in film I am conscious of the need to surround myself with very skilled technicians. I was fortunate to have a great cinematographer in Brian Fawcett.

What are the advantages of studying in London?

The potential to be exposed to culture in so many forms – music, art, literature. It’s all there for the taking but I have learned that the way to really see the big shows – in theatres or galleries – is to book early and commit to something months ahead – you never regret it.

Mainly browsing in junk shops and flea markets! The set of Departure was populated by things I found which I could justify buying because I wanted to use them in the film. The parks in London are something we should be so proud of – free, egalitarian and a blissful connection to the seasons.

I’m seeing the Tallest Man on Earth at the Albert Hall next month (which I booked weeks and weeks ago!) and I’m looking forward to the David Hockney exhibition at the Tate next year.