We asked Dawn Amber Harvey (Writer, producer, DJ, show technician and expert tranny stalker) some probing questions. Seriously, Paxman is nothing compared to us! Here’s what she said… 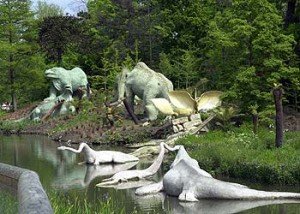 I live by Crystal Palace Park and love hanging out there; the dinosaurs are right next door and they make perfect neighbours. I especially love it in spring when the little baby moor hens and goslings are hatching. They’ve put pedalos on the lake this year, if that’s what floats your boat, though personally I prefer it when the wildlife is unobstructed by the sight of a bunch of gurning humans.

When I venture ‘into town’ I like to eat at Tuk Tuk on Old Compton Street because it’s cheap and I’m somewhat tight-fisted. I also like to visit Kirsty MacColl’s bench in Soho Square or take a walk along the Thames.

I need a haircut this week so I’ll be going to We Are Cuts, off Dean Street, and might drop in for a pint or two at Retro Bar on my way home. 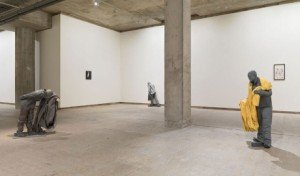 I’m obsessed with the Damien Hirst exhibition at Tate Modern and will definitely be going again before it finishes in September. There is such a huge range of pieces, all inspiring different emotions, that I felt exhausted by the end of my first visit. I also want to see the Juan Munoz stuff at Frith Street Gallery and ‘Invisible’ at the Hayward.

Later this week I’m going for my second visit to Jonny Woo’s fabulous Tits Up! at Soho Theatre, which is one of my favourite venues. Then later in the month I’m seeing the lovely Al Pillay in ‘Dorothy Squires: Mrs Roger Moore’ at the White Bear Theatre in Kennington.

If I can afford a ticket, I’ll also be off to Lovebox on Sunday 17 June for Patrick Wolf, The Rapture, Chaka Khan and The NYC Downlow. 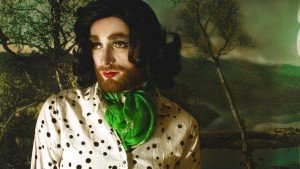 There are some great free art galleries such as the White Cube or the Saatchi, near Sloane Square, which is a particular favourite. Their current ‘Out of Focus: Photography’ exhibition is well worth checking out, I particularly enjoyed Katy Grannan and Berndnaut Smilde’s pieces.

The Barbican is one of my favourite places and you can see films there for as little as a fiver if you go on Monday. You can also see a classical recital for about ten quid if you don’t mind sitting at the back. If you want something a little less highbrow there’s Timberlina’s Big Bingo at the RVT on Monday, which offers free entry and the chance to win a cash prize or perhaps a naff mug.

I’m actually quite well-behaved so the best I can offer is that I once did an enormous wee behind the wall of Canada House in the early hours of the morning. I was on my way home from Reindeer Theatre near Brick Lane – two night buses, requiring a change at Trafalgar Square, and me with a small bladder. It was never going to end well. 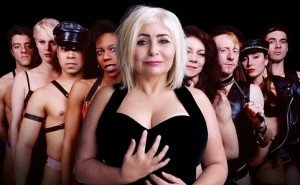 I’m currently producing my fourth series with David Hoyle at the Royal Vauxhall Tavern – Pandregina. We are offering a high quality programme of ‘entertainment’ for the post-political, pre-apocalyptic age every Thursday until 21 June.

From late June through July I will be teching for Penny Arcade’s show ‘Bitch! Dyke! Faghag! Whore!’ at the Arcola Tent. I have huge respect for Penny as an artist and orator, so am very pleased to be involved with this project.

In August I will be co-producing, teching and MCing at the RVT’s annual Hot August Fringe, which offers a diverse mix of entertainment at an affordable price, with up to three shows per evening Monday to Friday.

I am available for bookings from September!