The film that sank a studio, Heaven’s Gate has been reassessed in recent years, and here enjoys a rare 35mm screening in its definitive form, at the Prince Charles Cinema. 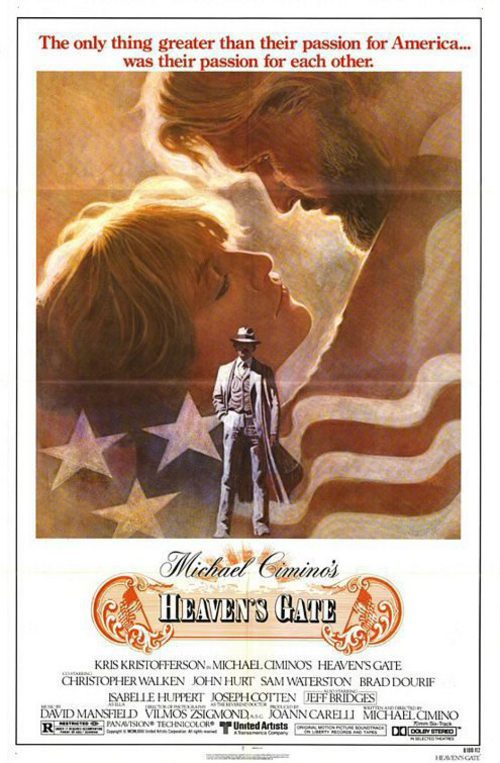 Instead, filming of Heaven’s Gate went over schedule and massively over budget, effectively bankrupting studio United Artists who had given Cimino complete control over the film – as was standard at the time for successful directors.

With a budget of $44 million – almost four times over budget – Heaven’s Gate flopped at the box office, and effectively ended Cimino’s career as a big time director. Gone too, subsequently, was the willingness of studios to give their directors carte blanche.

Considered at the time to be one of the worst films ever made, Heaven’s Gate has undergone something of a reassessment as the years have passed – such that many now see it as a modern masterpiece.

Now you can make your own mind up, as Prince Charles Cinema offers a rare chance to see the definitive, 35mm director’s cut on the big screen – so, prepare yourself for 219 minutes of cinematic history!

What’s it all about?

“Harvard graduate James Averill (Kris Kristofferson) is the sheriff of prosperous Jackson County, Wyo., when a battle erupts between the area’s poverty-stricken immigrants and its wealthy cattle farmers. The politically connected ranch owners fight the immigrants with the help of Nathan Champion (Christopher Walken), a mercenary competing with Averill for the love of local madam Ella Watson (Isabelle Huppert). As the struggle escalates, Averill and Champion begin to question their decisions.”