An undeniably easy on the eye production, which looks like a five-star show but lacks the necessary thrills and quirky skills

Thankfully running at more like an hour and a half (plus a 25 minute interval) rather than the advertised 135 minutes, this is more performance theatre than out-and-out circus – sure, Circus Cirkör tick some of the circus boxes (competent and well-designed aerials, juggling, tumbling and clowning), but the focus here is more on conveying a narrative about borders (and, by extension, those who have to cross them).

Circus is not immune to overlaying messages or narratives, but it’s a hard trick to pull off – not least because truly exciting, engaging circus is about spectacle, danger, innovation and explosive energy. These do not often combine to form the backbone for a nuanced story or an important message. In Limits, the Circus Cirkör troupe strive to find the balance, and occasionally it comes off – however, storytelling comes mostly at the expense of truly engaging, awe-inspiring circus tricks.

Few moments of physicality stick in the memory, and while a Rubik’s Cube routine strikes an emotive note, it does so in a clunky way which does a disservice both to the skill of the performer and to the message he is conveying.

Which is all to say that Limits feels like a mishmash of intentions that fails to adequately deliver on any of them. But there are some redeeming features: the performers are clearly talented, the stage design is gorgeous, and there are flashes of acrobatic skill that whet the appetite for more. Unfortunately, more is not forthcoming. 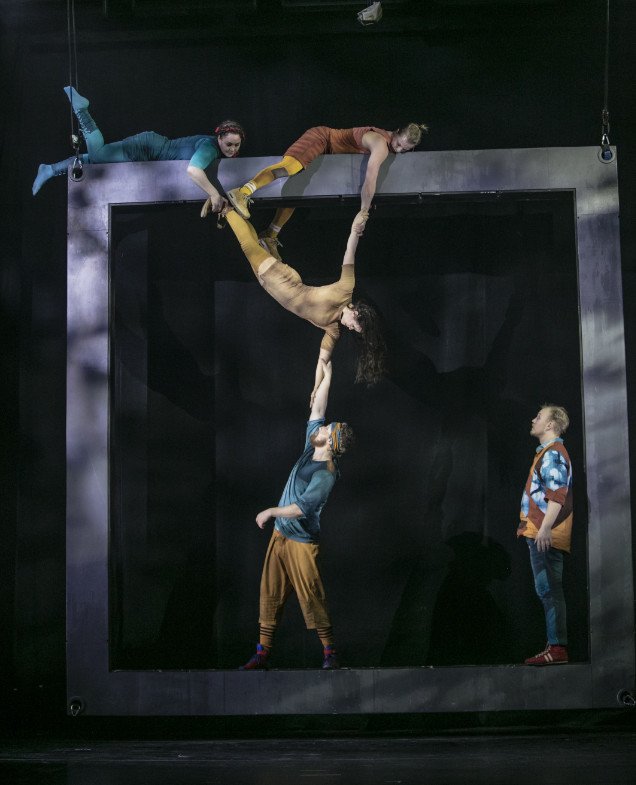 ← All 84 of our Edinburgh Fringe Reviews 2017!
Free Tales in Drag for Kids at Wilton’s Music Hall →