Bunty is a Brighton-based multi-dimentional beat merchant, vocal juggler and visual artist. Her live shows are a kaleidoscope of mullti-instrumentalism, voice, SFX and made-up languages, and sets rely heavily on improvisation and inspiration.

Tell us about your work, what’s it all about? Who is Bunty?

Bunty is the technicolor lovechild on a mission to collect 7 special powers from a land called Multimos. AKA Kassia Zermon – London bred, Brighton based moroccan multi-instrumentalist, vocal improviser and artist.

Describe the journey you took creating your new album, Multimos?

It all began about 3 years ago with the winning of a prize from Battersea Arts Centre and the desire to stretch out the possibilities of a gig situation. It became a seven-part multimedia album. The album is the 7th part and its my version of pop music – I like calling it avant-pop-core or apocalyptic rave.

What makes your work different?

With Multimos one of the things I knew was that I wanted to create a music show that really sucked you in to the point of making time go funny – think we nailed it! 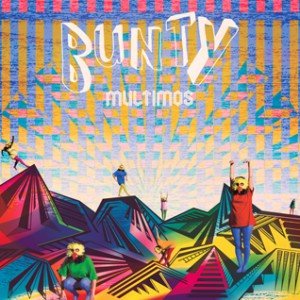 What can an audience expect at your Jazz Cafe show?

A multi sensory treat of live musics! A psychedelic journey into the colour spitting world called Multimos. Megalithic beats from the one and only Dave the Machine, projections from VJ metaLuna, special FX, dancers and a lot of helium!

I’m MEGA HYPED to have the world’s female beatbox champion Belatrix supporting the London and Bristol shows – I am matchmaking her with a surprise guest to do an improvised set using just two mics.

Who or what inspires you? 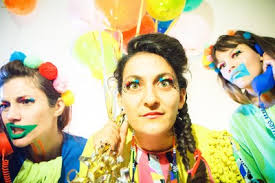 To be honest, I don’t get out there much unless I am playing –  but if I had a free day, I’d probably spend it walking or go to the British Sound Archive – I’ve been meaning to get there for ages, they have recordings of EVERYTHING.

What’s on your To Do List for this year?

New single Precious Sound is out on Beatabet records on 25th May, WOOP!

About to tour the new AV show and album Multimos – starting with Norwich Arts Centre on 2nd April and Trinity Centre in Bristol on 10th April and ending at Jazz Cafe in London.

Also on the to do list is Gnaoua Festival in Morocco, more soldering, and stopping the Tories getting in again.