Bowiefest at the ICA London 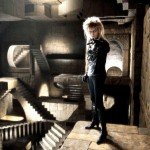 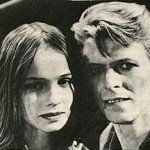 We were so disappointed that the legendary rock star David Bowie was not present at the televisual spectaculars of the London 2012 Opening & Closing Ceremony. However, a new festival for diehard Bowie fans has come to save the day and focusses on Bowie’s close connection to film. The festival at the reopened ICA London celebrates the best of his celluloid appearances with Bowiefest: 3 days of screenings, talks and Q+As.

Renowned for consistently remaking his image and assuming alter-egos in his music, over the last 40 years Bowie has also played a fantastically wide range of characters in his films. Bowiefest will also feature entertainment and DJs in the bar on Friday and Saturday nights.  Come dressed as your favourite era Bowie.

Scroll down for the full listings

More information about the festival is available here: bowiefest.net

Bowiefest is curated by Natasha Dack and Oli Harbottle.

Here’s the full listings of the best of the BOWIEFEST!

Join us for the Opening Night of the UK’s first ever Bowie Film Festival, celebrating 40 years of David Bowie’s work in film, with a special screening of Ziggy Stardust and The Spiders From Mars followed by late-night partying to the sounds of the legend’s expansive career.

The film Bowie called his “most credible performance”, Ôshima’s 1983 Cannes Palme D’Or entry deals with the relationships among four men in a Japanese prisoner of war camp during the Second World War.

Bowiefest presents: The Man Who Fell to Earth

Nic Roeg’s sci-fi classic is an adaptation of Walter Tevis’ novel about an alien who comes to Earth seeking a solution to his home planet’s woes, only to find himself lost in an unfamiliar, corrupt and sometimes hostile society.

The Hunger is a neo-gothic horror telling the story of a love triangle between a doctor and a vampire couple.

Now an established cult movie featuring Bowie performing in concert and a soundtrack from his ‘Berlin era’ albums (Low, Heroes, Lodger), Christiane F follows the escapades of a 12-year old girl as she gets drawn deeper and deeper into the 1970s drug scene in West Berlin.

To close the festival, Alan Yentob joins us in conversation with artist Jeremy Deller about the influential BBC Omnibus documentary, Cracked Actor, directed by Yentob, which follows an alienated Bowie during the Diamond Dogs tour of America in 1974.

Perhaps Bowie’s most famous role, Labyrinth is a fantasy film featuring a cast of puppets from director Jim Henson’s Creature Shop, and revolving around the quest of teenage Sarah to rescue her infant brother Toby, kidnapped by Jareth, the Goblin King.

Julien Temple’s unconventional rock musical adaptation of Colin MacInnes’ novel about life in late 1950s London divided audiences on its high-profile release, but has gone on to acquire cult status.

← The AudioGO Pleasance Comedy Podcast is back for 2012
Precast – incredible multifaceted art performance in Blackwall, E14 →