To Do List favourites Bourgeois & Maurice return with their third album 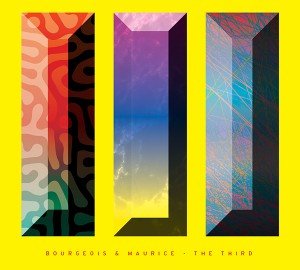 Not content with embarking upon a 17-show UK tour (Great Yarmouth had better be prepared!), Bourgeois & Maurice have only gone and released a spanking new album! The Third is a rock-n-roll-pop-ballad-disco-fusion rollercoaster ride through 21st century life – featuring some of our favourites songs from the live shows, including Tax Me (tax returns have never been so sexy), the David Icke-inspired The Lizard Men and the catchily titled Social Networks (Make Me Feel Shit Sometimes) (listen below).

We’re also mega-excited to hear that Bourgeois & Maurice will be playing the London Wonderground on May 31st! 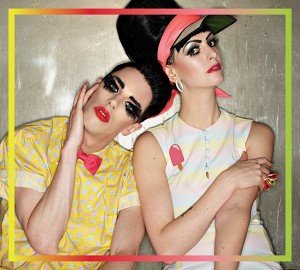 They Say: “Cabaret’s strangest, spangliest brother/sister duo return to the London Wonderground with their rock-n-roll band for one night only. Performing material from their recently-released album ‘The Third’, Georgeois Bourgeois and Maurice Maurice are joined by drum-banging weirdo Lazer Wolfe and shadow-lurking guitar-goth Charles D. Gore for a rock-n-roll-pop-ballad-disco-fusion rollercoaster ride through the 21st century.”

You can BUY TICKETS NOW by by clicking here, and make sure to check out the rest of the Wonderground programme!

Oh, and if you fancy a trip outside of the big smoke, B&M tour details here.

Here, have a little taster: