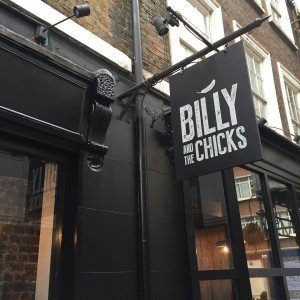 A place inspired by memories of growing up in London, Billy and the Chicks will bring together people with a passion for great food, great music and good times.

London’s new chicken shack will be opening on 4th December in St Anne’s Court, off Dean Street in London’s Soho, with 50% off all food on the opening weekend!