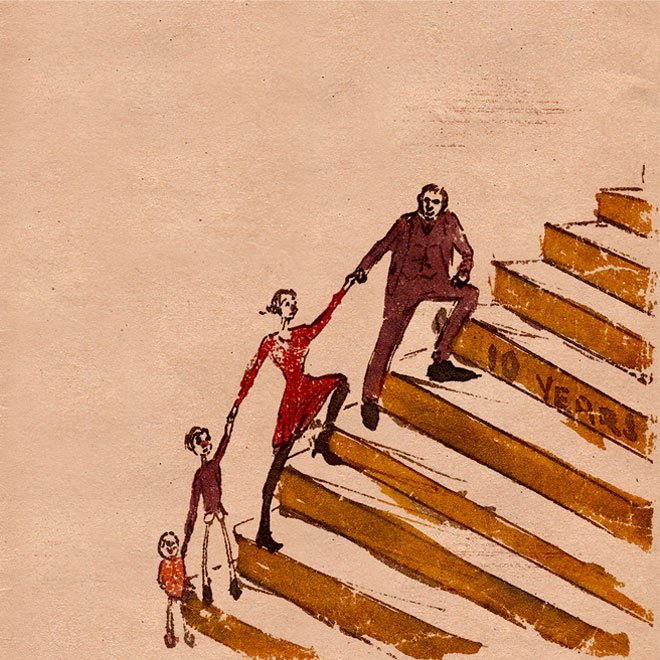 Battersea Arts Centre Cooks Up A Fishy Feast For July!

The BAC Summer Cook Up season features a multitude of international performances and installations, alongside hits from Edinburgh and a host of comedy shows…

Check out the full BAC Cook Up season line-up here

We Say: Wot? No Fish!! is no ordinary one man show.

Danny Braverman begins by passing around fish balls and khreyn – all shows should begin with free food – and explains how he came to be in possession of a shoebox full of family treasures. More specifically, the box contains the hitherto lost art of his Great-uncle Ab Solomons, who drew or painted on his wage packet every week of his marriage to wife Celie.

From 1926 to 1982, Ab created over 3000 miniature works  of art – illustrations of married life, family issues, the apprehension, fear and comparative bliss of the 30’s, 40’s and 50’s respectively. A relationship flourishes, children are born, grow up, leave home. Life, love, and a passion for gefilte fish – Braverman is the consummate story-teller, turning the pages (or rather, the wage packets) of Ab’s life before our very eyes.

This is the true story of a Jewish family living in 20th century London. You’ll laugh. You might cry. You will definitely be touched in some way by an ordinary yet extraordinary story. Who Do You Think You Are? may have the celebrity faces, but it’s the stories that really matter – and here, Danny Braverman tells one heck of a story.

Make it a double-bill of fish-related theatre:

They Say: Somewhere in the North Pacific, a lonely scientist hears a whale song like no other…

With a stage full of instruments and a box of chalk, Fine Chisel’s Fringe First Award winning actor-musicians transport you back through one man’s past, from the rush of arctic waves to rock n’ roll 1960s rebellion. The more we learn about his life, the more we understand his isolation and his need to reach out to this extraordinary whale.

Playful, poignant and full of foot-stomping live music, Dumbstruck is a story about faith, communication and what it means to make ourselves heard.