A Few Words on Audience Participation…

Don’t get me wrong, I have been on stage in my time, I have performed, although those days are now pretty much behind me. But I guess the fear of audience participation is that it’s actually you – not a character you have developed over a painstaking rehearsal process, just you, being flung into the unknown, in your own clothes, with your own face, and nothing to protect you. So I usually avoid shows that suggest they might contain audience participation. An example that springs to mind here (as a warning to those with similar fears – although on the flip side, he is completely hilarious) is Dr Brown. His intelligent and very unique comedy involves members of the audience in ways that I would probably find deeply traumatic, and he doesn’t even limit himself to that zone of fear in comedy shows that is the front row – oh no no – in Befrdfgth at least, he was all over the audience, climbing on people left and right to find his perfect victim. I was spared, thankfully. I tried to disappear into my seat and whilst I don’t think I achieved complete invisibility, he did pass me by.

However… I love audience involvement. I love shows which aren’t just a sit and be quiet and look, listen and appreciate. I love it when you have to get involved, as long as it’s not in the ‘wrong’ way. I have been all for the trend that has developed over the last decade or so for immersive theatre. I like that kind of interaction: subtle, intriguing, and not embarrassing (usually). Punchdrunk, DreamThinkSpeak and Shunt are all heroes of mine and have made some wonderful and beautiful work which invites the audience in, in a way which opens your eyes a little wider, tugs on your curiosity and engages you in a different way to that of ‘normal’ theatre.

What seems to be happening now though, what seems to be evolving, is somewhere in the middle. There have been a string of shows that could, reasonably accurately be described as containing audience participation, and yet, still I enjoy them, And they do not fill me with fear. Not to say there isn’t a little moment of panic when somebody who has seen the show or is involved with it says ‘mmm, sort of’ when I ask if there is audience participation, but by that time I have usually already got a ticket and am committed. 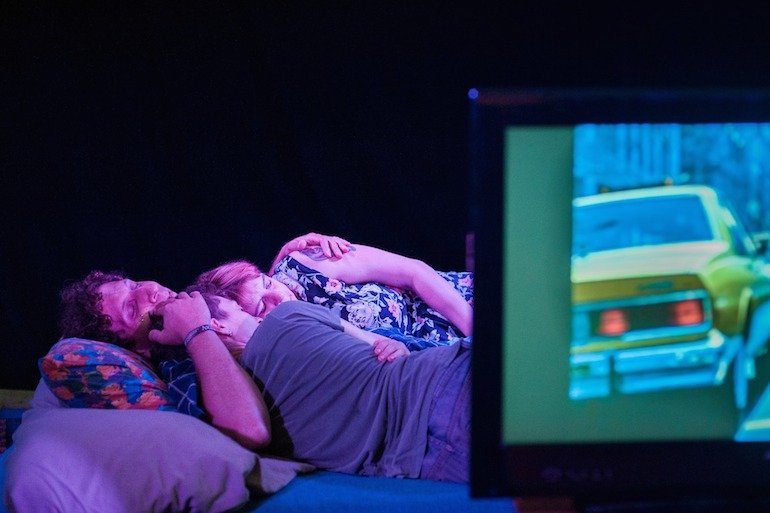 The kinds of shows I am talking about are those such as Chris Thorpe’s Confirmation, Pentabus’ Every Brilliant Thing, Verity Standon’s Hug, Geoff Sobelle’s The Object Lesson and the one-on-one shows that pepper the theatre world – Greg Wohead and Brian Lobel spring to mind. These shows ask something of the audience. They require us to engage, sometimes all of us (sometimes there is only the one of us anyway!), sometimes a select few. We become part of the show but we are told what to do – we are either anonymous and invisible to other audience members, as in Hug, and of course one-on-one shows. 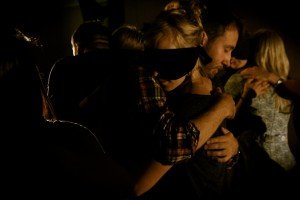 Verity Standen’s Hug will be presented as part of the British Council Showcase in August 2015.

Here we are absorbed with our own experience and oblivious to that of anyone else; in Hug all of the audience are blindfolded, so we all know that there is no fear of being watched or seen by other audience members. Or, we are given very specific instructions – something to read out as in Every Brilliant Thing and Confirmation, or to read to ourselves and perhaps carry out, as in The Object Lesson. There is a sense of safety in this. Yes, we may feel awkward, but ultimately if we are judged it is not really us being judged, it is still the performance – it is the performance that tells us what to do. We are more a tool to the writer than a subject to be played with. 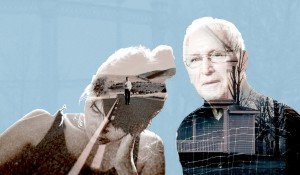 Greg Wohead’s Celebration, Florida was performed in its first iteration at The Yard in Hackney Wick 9-13 June as part of NOW ’15.

Greg Wohead, in fact has taken this on a different slant recently in his latest piece: Celebration, Florida, in which it is not the audience who respond to his instructions, but two unrehearsed, unknowing performers. Could he ask the audience to complete these tasks? Probably not – they would roam slightly too far into the realm of fear and judgement, I suspect, to be appropriate for an audience. I wonder if he ever considered using audience, and if he came to the conclusion that it would be too much, that it would then mess with the delicate expectations of the audiences of this kind of work? I loved the effect, but had I been one of those two performers I probably would have pretended to faint. A whole show’s focus is just too much.

So despite the ‘mm… sort of’ audience participation, the majority of the shows I have mentioned here are some of my favourite shows of the last year or so and I very much urge that if you too have a fear of audience participation, you still check out this new wave. I have been calling it instructive theatre to myself – but that makes it seem a bit like it’s all very rigid and educational, which is not necessarily the case. So if anyone has a better name, I’d love to hear it!

Confirmation is returning to Edinburgh Fringe this year: http://festival15.summerhall.co.uk/event/confirmation/

Every Brilliant Thing is on tour now: http://www.pentabus.co.uk/every-brilliant-thing

Brian Lobel will be part of this year’s Forest Fringe as well as various other projects: http://www.blobelwarming.com/dates/