A must-see tragi-comic classic, renewed for the binge watch generation

Scroll down for our top ticket tips

Having never before seen Tony Kushner’s 7+ hour epic tale of AIDS, family and the intertwined loves and lives of New Yorkers I entered the National’s Littleton Theatre with a little reluctance – not solely regarding the prospect of developing DVT, but also because of my tendency to not agree with the herd on serious classics. 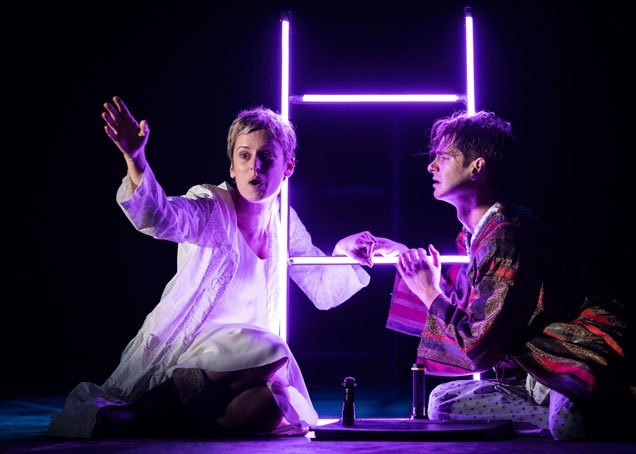 Denise Gough (Harper) and Andrew Garfield (Prior) in Angels in America

Kushner’s play asks the big questions of life and death, right-wing politics and family in an accessible, often hilarious and human way. The characters explode out of the intelligent script, their zippy dialogue interrupted by profound (and strikingly still relevant) thinking for today’s mad mad world. Meanwhile, director Marianne Elliot and her pro team of theatre-makers dig deep into the toolbox of theatrical surprises: special mention goes to the winged puppetry and the work of Harry Potter & The Cursed Child’s illusionist to create some jaw-dropping spectacle. 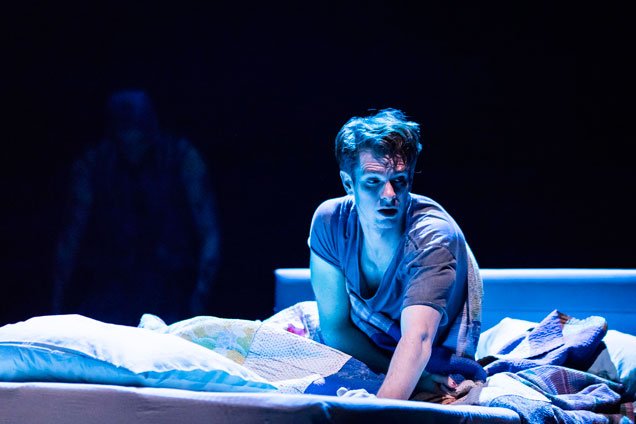 Andrew Garfield (Prior Walter) in Angels in America

Whilst telling the heartbreaking story of Prior Walter’s battle with AIDS, the story weaves in and out of his (and others) hallucinations to create a surreal world of heaven and hell. The second part of the epic slightly loses momentum, and struggles to match the theatrical magic of the first section. However, the stellar cast give an absolute masterclass in empathy with the real life victims of the AIDS crisis. The truth of finding humour of the life’s most tragic moments shines through. 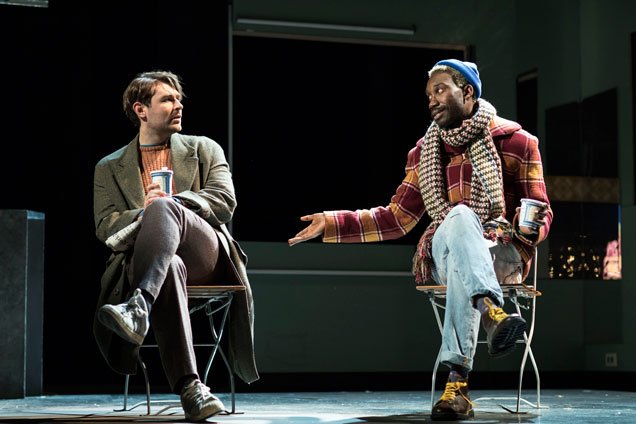 The emotional heart for us was Nathan Stewart-Jarrett (Curtis from Misfits) who plays Belize, an exuberant nurse who refuses to be a stereotype. Equally thrilling performance for me were Amanda Lawrence’s menagerie of grizzly and fantastical characters including a nurse, angel and a hilarious naughty Mormon estate agent, joined by Susan Brown playing a touching mother, a quick-witted Rabbi and the ghost of Ethel Rosenberg with ease and heart. 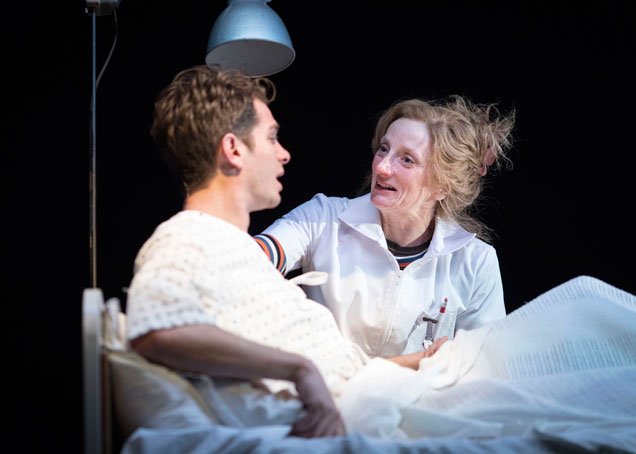 Andrew Garfield (Prior) and Amanda Lawrence

Nathan Lane (i.e. Timon the meerkat from The Lion King!) fizzes with energy as dirty power-crazed Republican lawyer (with a heart) Roy Cohn. Andrew Garfield, as the flighty prophet Prior Walter, and James McArdle as his self-absorbed partner, give us a lesson in liberal smuggery. Confused Mormon homosexual Joe (Russell Tovey) and his Valium-popping, estranged wife Harper (Denise Gough) give a haunting portrayal of lost people and the dangerous consequences of living a lie. 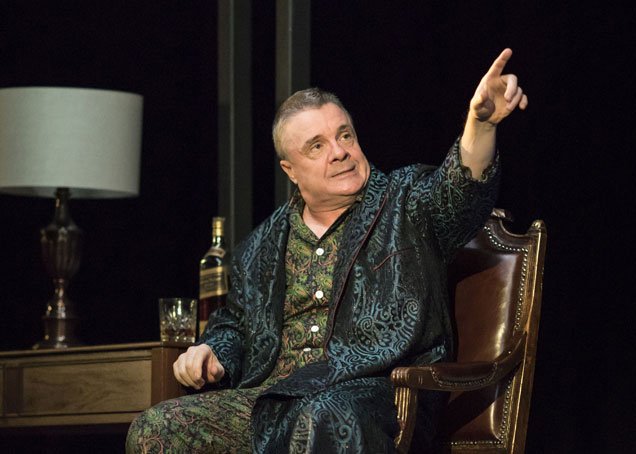 Although I was expecting to be gushing with tears throughout, Angels in America is not that kind of tear-jerker – it really channels the hardcore of living in a modern metropolis, and is a call to act against the sort of politics and discrimination which is prevalent now more than ever.

This show is for everybody, not just National Theatre members or diehard fans of the production. I urge you to make the time to see it whether by getting a return or going to the NT live screenings on 20 & 27 July! 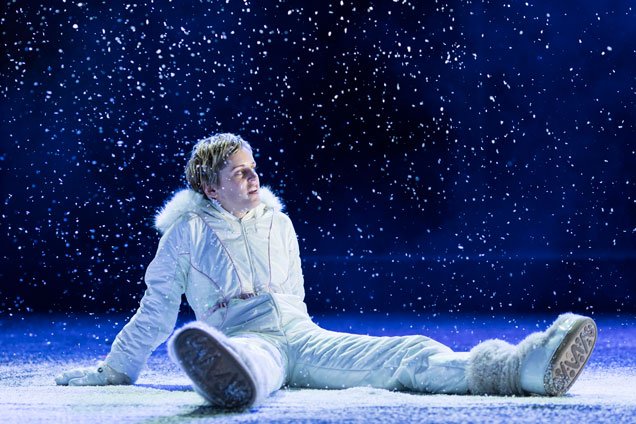 Top tips for getting tickets!

Day Seats and Returns On the day of performance, a number of £15/£18 seats will be available to purchase in person at the ground floor box office from 9.30am, limited to two per customer. Day Seats for two-show days are £30/£33 and are available as a combined ticket to attend both Part One and Part Two that day. Also we would recommend checking the website regularly and calling the box office to see if any tickets have gone back on the system.

The Angels Ballot Ballot Three is now open. Enter for the chance to buy hundreds of £20 tickets across the run. 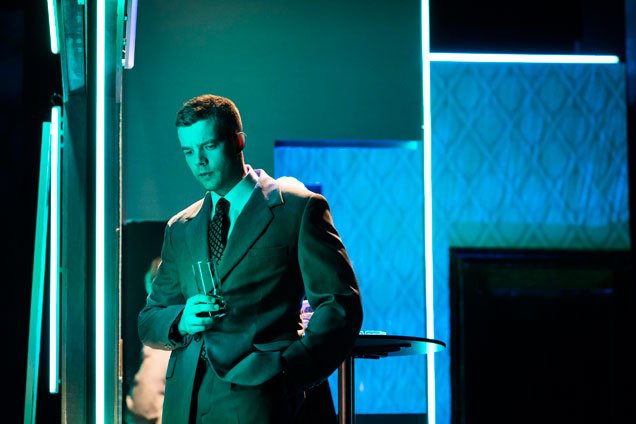 All photos by Helen Maybanks