In the cold and dreary winter months, what better than to head off to a cosy cinema and immerse yourself in some top quality celluloid entertainment? For those of you who seek the unusual, here is our guide to alternative cinema in good ol’ London town.

Head to the Grant Museum of Zoology for a cinema screening and not only will you get the pleasure of a film, but a glass of wine and a private view of the museum too. The films are screened in one of the UCL lecture theatres and introduced by uber-enthusiastic Professor Joe Cain, who has a vast knowledge of relevant film trivia and normally wears an entertaining hat. After the film, head across the street to the museum to marvel at zoological wonders (the jar of moles is a particular highlight) and sup a glass of wine. And the best bit? It’s totally free, no money, even the wine.

Housed in a former Workhouse in Kennington where Charlie Chaplin lived as a child, The Cinema Museum houses a collection of cinema memorabilia, from 1930s picturehouse carpets to posters and projectors.  They have a super programme of screenings an events including French Sundays, an opportunity to watch a French film accompanied by a talk. 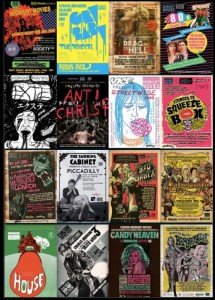 For those of you who aren’t afraid of turning into pumpkins, Midnight Movies offers a walk on the weirder side cinema. Expect a cult film in a party atmosphere with plenty of drinks, fancy dress and impressive special guests.

You will never be short of an alternative cinema experience with scalabeyond.com. Channeling the spirit of The Scala Cinema and celebrating repertory and inventive cinema experiences, the website is a calendar that allows you to sort by location, genre and screening type, so next time you are in West London and fancy a free Psychotronic triple-bill, you know where to start. 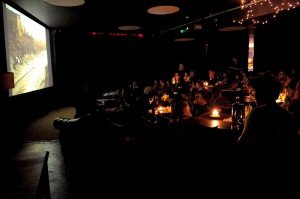 The Roxy Bar and Screen

It does exactly what it says on the tin; bar and screen. Peek behind the heavy red velvet curtain and discover a collection of overstuffed vintage sofas, a very well-stocked bar, a delicious menu and a programme of films ranging from the recently released to festival screenings and film quizzes.  Screenings range from £3 to absolutely free.