A Simple Space at Udderbelly Festival – ★★★★★

Gravity & Other Myths present A Simple Space at Udderbelly Festival

World-class acrobatics arrives in the big purple cow, courtesy of award-winning Australian acrobatics ensemble Gravity & Other Myths (GOM). Cheeky, playful, dangerous and sexy – this is a jaw-dropping spectacle of a show, from a group of extraordinarily talented performers! 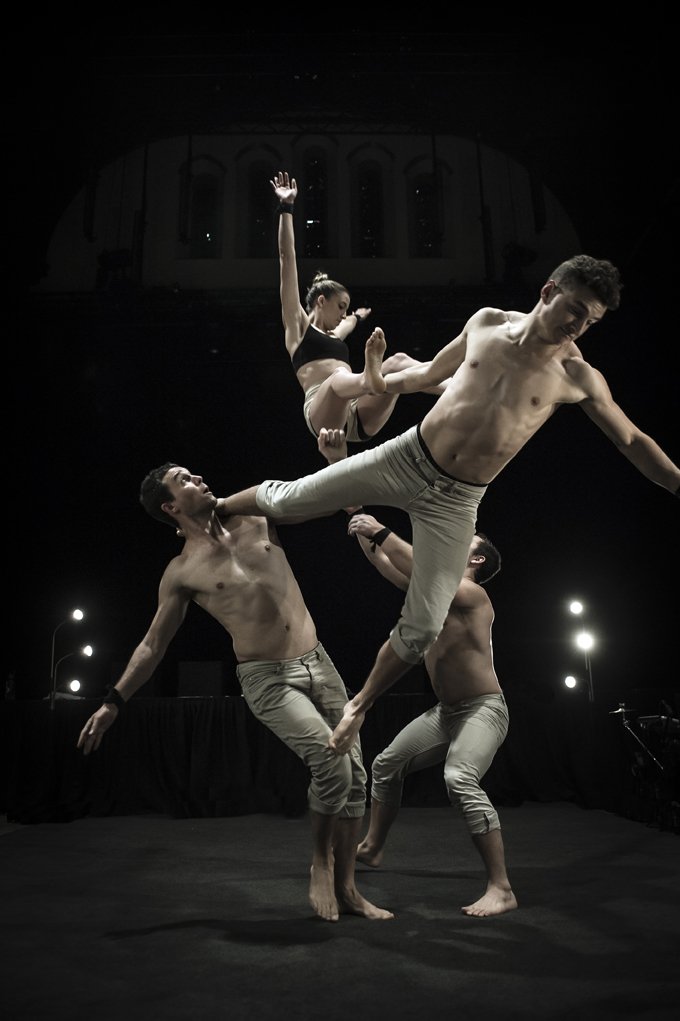 Formed in 2009 in Adelaide, GOM create and direct their own work, with the aim of creating a fusion of acrobatic physical theatre.

In A Simple Space, they push themselves to their physical limits in a series of intensely athletic displays of skill, agility, strength and showmanship. To a soundtrack of live percussion, the seven performers fill a bare, stripped-back stage, not only with their acrobatic endeavours, but also with their abundant personalities.

Failure, or at least imperfection, is always a threat – yet, seemingly against the odds, wave after wave of mind-bogglingly difficult tumbles, throws, balances and vertiginous climbs are pulled off with confidence and style.

There is no one star – each of the group bring something to the floor, not least the percussionist who takes centre stage for a particularly impressive cameo. The endless courage of those walking at head (not to mention double-head) height is matched by the strength and bravura of those supporting them.

The climax is a thrilling, breathtaking display of quick hands, strong muscles and lithe, limber bodies hurtling around the stage, building to a glorious crescendo – and, as they get their breath back, the audience is left to wonder how 60 minutes can fly by so fast.

← Can you find the Secret Banksy?
Gamechangers: Mildly Rude? Save £28 and Get Rude at the Opera! →